PC gaming takes up a lot of space. That is just a fact. Games like Fortnite, COD: Warzone, and PUBG are all played by similar gamers. Having all of these on the same PC can eat up the PC's hard drive space fairly quickly.

Thankfully, Fortnite has addressed this space issue with its latest update. While Fortnite is not a massive game to download, Epic Games has still decided to give players a smaller file size. This has made many gamers pretty happy with the developer.

How much space does Fortnite take up on PC?

Epic Games has reduced the file size of Fortnite on PC by over 60 GB. This brings it down to between 25-30 GB in total. The overall consensus by players is that the average size of Fortnite is now 26 GB on PC. The most recent patch that caused this is actually larger on PC than on other platforms.

Please note the patch size will be larger than normal on PC (approx. 27 GB). This is to make optimizations on PC resulting in a massively reduced Fortnite file size (over 60 GB smaller), smaller downloads for future patches, and improved loading performance.

Over 500 Fortnite skins. Stranger things, Jordan packs. This is an Unofficial Community Driven Battle Royale chapter 2 Season 5 mobile backgrounds and has NO affiliation with Epic Games™. Maybe in the future you can download 4 k wallpaper and live wallpapers with gif. This Battle Royale chapter 2 Season 5 App is adhering to the Fan. Here's when you can play Fortnite Season 8 and how big the update download size is. Fortnite Season 8 Release Date Fortnite Chapter 2 Season 8 is due to start on September 13th, 2020, today. Get back to basics and battle enemies with a streamlined weapon arsenal. Upgrade weapons using resources at the Upgrade Bench. More Fun, Less Grind. Level through an all new Battle Pass featuring a brand new XP system and Medals you earn in match. Season 1 Battle Pass.

Epic Games announced via the Fortnite Status Twitter page that this larger update will reduce the file size, improve loading performance, and even make future patches have smaller downloads. This comes after Activision and Infinity Ward have allowed players to uninstall certain parts of COD: Warzone in order to make it smaller. Warzone has come under fire previously because of its massive update sizes.

Fortnite size compared to other games

With the Fortnite file size dropping from around 90 GB to under 30 GB, players wonder how it compares to other games. COD: Warzone has received the option to be smaller, but the overall game is still massive. A recent Warzone update saw it shoot to over 250 GB, so thank goodness for the option to uninstall some portions of it.

Thank you @EpicGames and @FortniteGame for this AMAZING Update having soo much fun and THANK YOU SOO MUCH for reducing the FILE SIZE of the game.. I LOVE YOU GUYS!!!

Currently, PUBG on PC comes in around 30 GB, now a match with Fortnite due to its shrunken file size. Players of both iconic battle royale games are sure to be ecstatic about this. Compared to another battle royale game, Apex Legends, Fortnite is now lower. Apex Legends is 32.5 GB on PC. It is safe to say that Epic Games made a fantastic move in making the Fortnite file size smaller.

A new Fortnite chapter means a new map and this season's landscape full of hidden secrets.

Chapter 3 of Fortnite has just kicked off after a Chapter 2 finale that saw the Island flip upside down, revealing the new terrain.

The Fortnite Chapter 3 map has a few different biomes, including a snowy area that's set to thaw as we head towards the holidays.

Epic has teased that there's a POI buried under the snow that will be revealed as it melts.

In a blog post going over the new Chapter 3 content, the developer touched on a few new locations players may want to explore, adding:

'Also, as the snow melts and reveals the grassland underneath, a previously snowed-in secret will be revealed!'

That secret seems to be Tilted Towers, frozen and tucked away under a mountainous blanket of snow.

YouTuber postboxpat gives us a closer look in his map tour, spending a few minutes whizzing around the ice blocks that are almost certainly the buildings from the POI.

You can take a look at the unmarked location on the map in the screenshot above.

The layout and building size matched up with Tilted Towers perfectly, so it's safe to say that you can start getting your hopes up.

Another secret buried under the snow has been spotted on reddit by a user who's stumbled across something snoozing under the snow.

The theory is that it's Klombo, the unofficial name given to the purple lizard-type creature from the trailer.

Whatever it is, it's waiting to pop out of the giant snowdrift when it melts.

Let's hope it is Klombo and not some new nightmare ready to terrorise the Island again.

Looking for tips and tricks across your favourite consoles and games? We have you covered... 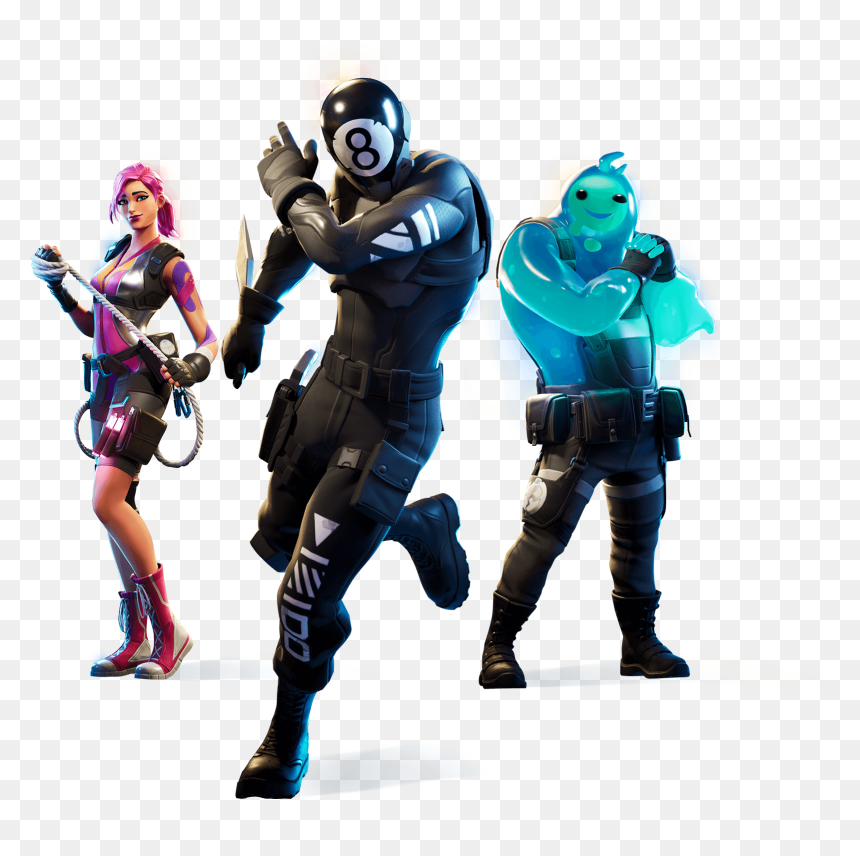 Fortnite skins Chapter 3 Season 1: All the characters you can unlock in the Battle Pass.

How to slide in Fortnite Chapter 3.

Gala Games vs The Sandbox vs Decentraland: Which is the top metaverse game.

We pay for your stories! Do you have a story for The Sun Online Tech & Science team? Email us at [email protected]