Google Maps works great as a navigation tool, and it covers almost all of the planet with very few exceptions. For more information on downloading Google Maps - Navigate & Explore to your phone, check out our guide: how to install APK files. Features: Get a complete map with streets, businesses, important locations, and more. Google Maps makes navigating your world faster and easier. Find the best places in town and the information you need to get there. Get there faster with real-time updates. Beat traffic with real.

The Maps team has been on a roll ever since the Material makeover early last month. None of the new features are inherently huge, but there is some serious fine-tuning going on. With the release of v9.1, businesses and landmark pages became more informative. The trend continues in v9.2 as there are new improvements to the interface for Navigation and search.

Google just updated the changelog on the Play Store page for Maps. A couple of these features look familiar and may have already been around, but not necessarily announced until now. 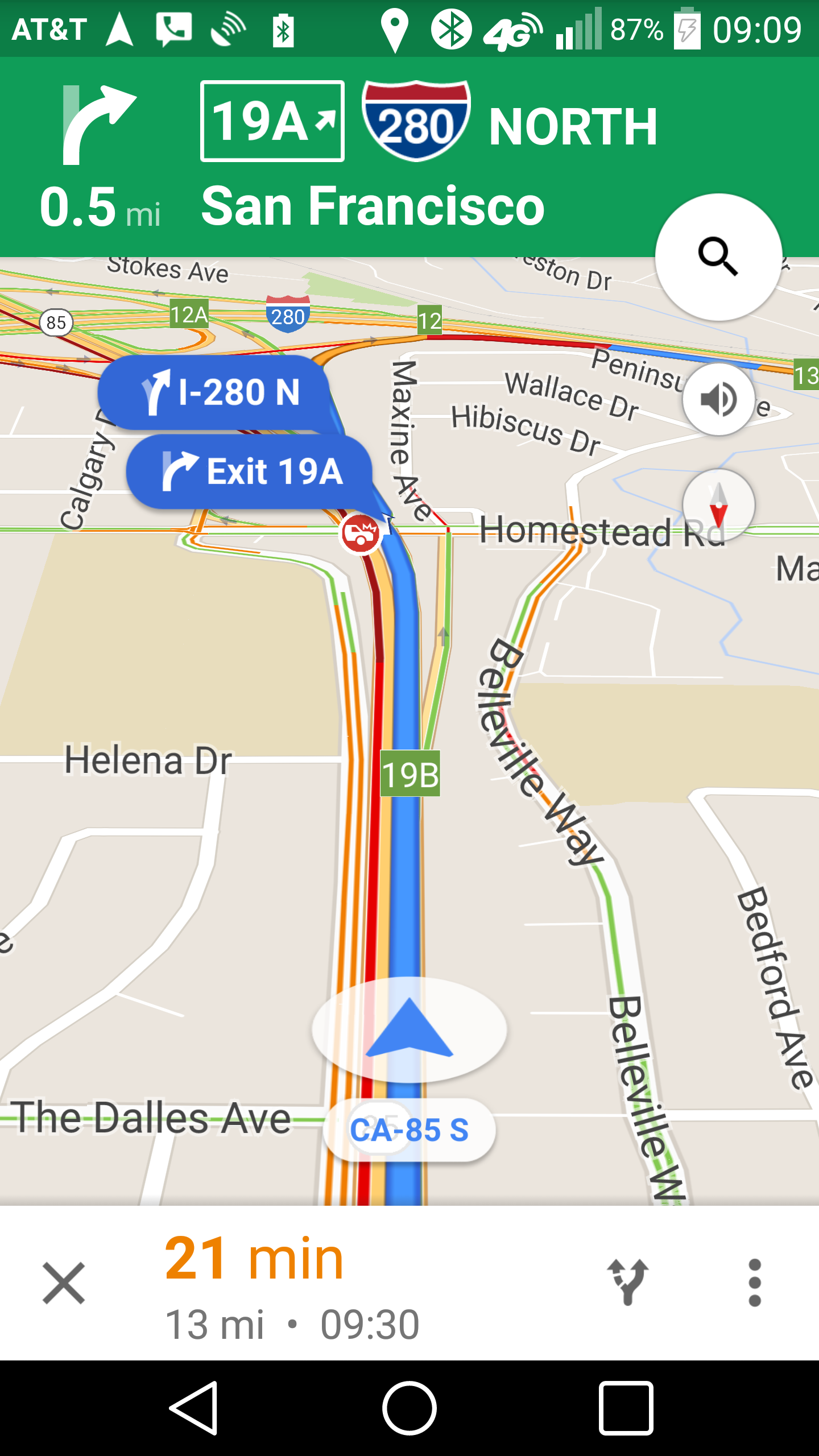 • Business owners, claim your listing page to manage your presence on Maps

The biggest change in this release can be found buried in the settings screen, about half-way down the list. There's now a 'Navigation settings' menu with options to control the default voice level and if the map should be automatically tilted. The volume of spoken directions can be left at the standard level, or turned either softer or louder. There's no explicit control over how much volume is modified in either direction, but it's better than what was there.

ANDROIDPOLICE VIDEO OF THE DAY

Tilt map is a little more interesting, as it dictates if the navigation view will default to a direct top-down perspective or at an angle.

If you have OCD, please try to ignore the mismatched capitalization on the middle screenshot.

Google also applied some extra smarts to the search field and now attempts to auto-correct misspelled names. Search results have always been adjusted for spelling at the server, but the corrections were never made clear to the user. When a change is made, the new text appears in the search field and a toast message will alert users. Like any auto-correct feature, this still leaves some room for error, but it will probably clear up some confusion and make future searches a little more concise. I just wish there was a way to declare that the entered text is accurate, just for those creatively named destinations. (Weird spellings have burned me a few times.) The final addition in this release is a calibration step for the compass built into each phone. It's simply a dialog asking to have the phone swung around on 3 axes: back and forth, turned left and right, then tipped left and right. If your device needs to go through this step, a dialog will pop up within a second or two of launching the Maps app. So far, only my Nexus 4 has asked me to do this, but none of the other phones or tablets I've tried the new version on have. There doesn't appear to be any way to re-initiate the calibration step from within the Maps app, so it seems that this step is only meant to occur once.

There may be more changes hidden around the interface, so feel free to point out anything we've missed in the comments. I've already cracked open the apk, and a teardown will be posted shortly.

Note: A few people have pointed out the Santa's Village link in the navigation drawer. It's sort of new, but not really. Google made it available to older versions of Maps through a server-side push, similar to the Pokemon game on April Fool's Day. The Santa's Village link is now hard-coded into the app (for now), so anybody who previously didn't have it should probably see it after updating.

The APK is signed by Google and upgrades your existing app. The cryptographic signature guarantees that the file is safe to install and was not tampered with in any way. Rather than wait for Google to push this download to your devices, which can take days, download and install it just like any other APK. A circular display without any bezel