I am having problems when connecting to my SQL server 2008 and think it might be a problem related to MDAC. Is there a download to re-install these?

Remember, MDAC is client software that should not be installed on the server.

Your problem is more likely a protocol or firewall error.Can you give more info please? I agree with gbn; check that you are allowing remote connections on the SQL server, it is disabled by default in some versions; use the Configuration Manager on the server to verify TCP/IP is enabled.

The MDAC is an ODBC driver for client access. But you need it for ASP and ASP.Net database connections.

The MDAC 2.8 SP1 does not install in Windows 2008 Server because it was designed for a older version of Windows.

See if that solves your problem.

I tried even installing MS-Office, but still no database access. Not until I enabled 32 bit access in the app pool.

Use the MDAC checker first, it will tell you if there's a problem with your MDAC: 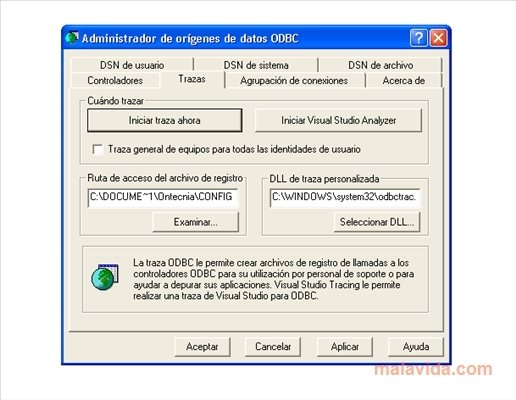 I ran into this recently, they renamed MDAC to WDAC in Server 2008 which really throws your search strings off. To fix WDAC you need to run system file checker 'sfc /scannow'

Q1: Where can I find specific Microsoft Knowledge Base articles for MDAC 2.8?
A1: You can search the Microsoft Knowledge base by using the Advanced Search option and by choosing the product Data Access Components 2.8.
Note Only search the Knowledge Base for specific technical information, not for bug-related issues. For bug-related issues, many articles describe either fixed bugs or known bugs in this version of the product.
Where can I find more information about MDAC setup? This includes dependencies, supported operating systems, and rollback.
A2: For more information about these topics, see the following MSDN Web site:

For more information about the significant fixes that are included in the MDAC 2.8 Service Pack 1, click the following article number to view the article in the Microsoft Knowledge Base:

For more information, click the following article numbers to view the articles in the Microsoft Knowledge Base: