Special Force is an MOFPS (Multiplayer Online First Person Shooter) with fast-moving FPS (First Person Shooting) matches between two heavy armed teams going head-to-head across different exciting game modes and playable in different action-packed maps. Special Force provides several game modes including team battle (bomb planting, escaping, object stealing, etc.), single battle, team death match, horror mode, and more. Most modes consist of a red team and a blue team, with the exceptions of single battle, training, and horror mode. The game allows for a maximum of 16 users to be in the same room playing together. Players have the ability to purchase from a range of character forces including French GIGN, German GSG 9, Malaysian PASKAL, Republic of Korea Marine Corps, US Army Delta Force, Russian Spetsnaz, and more, where you are able to rent equipment for speed and armor. A range of weapons are available including rifles, sniper rifles, machine guns, handguns, shotguns, melee, and grenades. Weapons have durability and must be repaired often. Players rank up after receiving enough experience points, gained after each match, with bonus rewards at certain ranks. 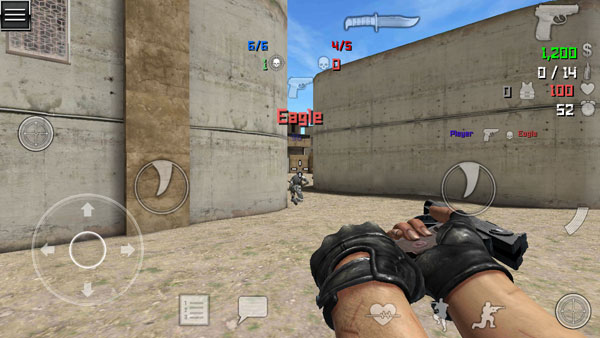 For those who are searching for the instructions on how to download and play SF Philippines server.
SF Philippines is now handled by aeria games after being dropped by DFI games, and the game is now Soldier Front not Special Force, but still you can play it in PH Server.
Here are the steps:
1. Go to this link http://soldierfront.aeriagames.com/?_ga ... 1444141648' target='_blank'Log-in. I already have an account.'
4. After logging in, the game downloader will start downloading, once finished open the file 'soldierfront_us_downloader.exe'

5. Wait for it to download the full client, it will last approximately 1.5 hours depending on your internet speed.

6. Once its done downloading, install and run!
UPDATE: This SF server is now down.
Try these new SF servers: